“They Live By Night”

OK, I don’t plan on writing movie reviews of EVERY movie we see, but I just finally watched Nicolas Ray’s classic directorial debut, “They Live By Night” (1948) on TCM and knew I had to write about it. 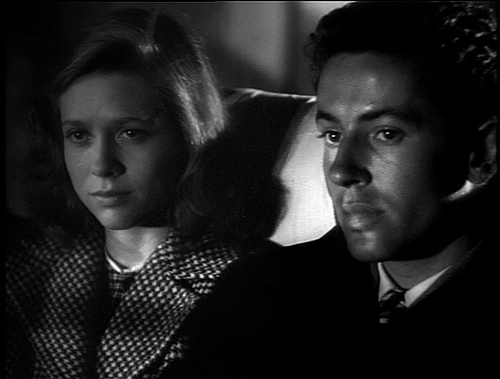 I use the word finally because I’ve been looking for this movie on DVD or video (it was finally released this summer as a “Film Noir Double Feature” with “Side Street”) ever since I first heard about it in a Noir class at SFSU. So, you can imagine how happy I was to find it show up on my Tivo Wishlist last week. Yeah!

Based on the book “Theives Like Us” (which itself was adapted into another film by Robert Altman in the 1970’s) “Night” is one of the first filmed versions of the “Bonnie & Clyde” story. Which, I have to admit, I am a total sucker for.

“Badlands”, “Bonnie & Clyde”, hell, I even like “Kalifornia”. I’m serious, give me a doomed, murderous couple on the run and I’m there!

“Night” isn’t perfect (some of the supporting cast is a bit stiff) but the movie is so hip and stylish that you hardly care. The aerial tracking shots of the get-away car are shockingly-modern and so cool that they’ll leave you positively breathless!

And the pre-credit sequence of the doomed couple kissing while the words: “This boy and this girl were never properly introduced in the world we live in” scroll by beneath them, is truly revolutionary for a Hollywood film at that time. Wow, you can see here why Ray was the total darling of the French New Wave directors. This movie has style to burn!

“Night” features a crazy young Farley Granger (“Rope”, “Strangers On A Train”) and Cathy O’Donnell (“Side Street”) as the star-crossed lovers on the lam, and the movie handles their budding relationship with a sensitivity and subtly that is almost neo-realistic in it’s simplicity. Seriously, you really love these crazy kids.

Wearing virtually no make-up the entire first half of the movie, O’Donnell brings to mind the naive “jailbait” character played so memorably by Sissy Spacek in “Badlands”. She’s fantastic, but Granger is out of this world. Usually kind of a wooden pretty boy, he is so earnest and tortured here that he could give James Dean a run for his money.

The story plays out pretty much as they all do (complete with the usual tragic ending) but the scenes of the couple at a low-rent wedding chapel and later at a cabin hide-out where they try to find some semblance of normalcy by playing house are downright heartbreaking.

I defy you not to get a little weepy when Granger gives O’Donnell an expensive watch as a courting gift near the beginning. Beautiful! 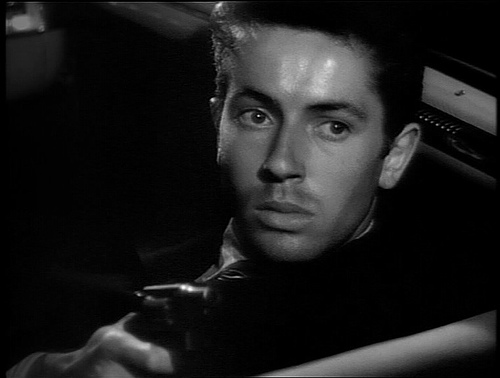 While I can’t say it’s my favorite of the couple on the run genre, this movie is a total must-see for film geeks and the random Nicolas Ray completist out there. So, check it out!

3 responses to ““They Live By Night””