The giant Christmas trees at The Grove and The Americana at Brand aside, there are two things that make Los Angeles the coolest place to be at Christmas time. The first is the rocking, month-long Christmas-only playlist on KOST 103.5, and the second is the Griffith Park Festival of Lights. 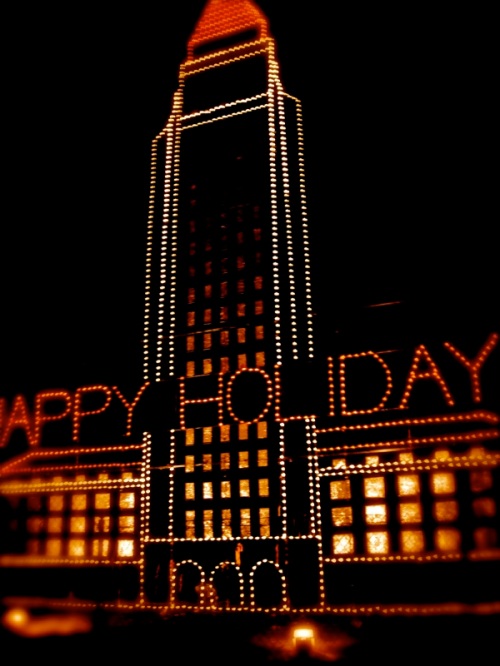 Sure, other towns might have festive tree lighting ceremonies in the town square or whole neighborhoods festooned with twinkling holiday cheer, but only L.A., the epicenter of car culture, has a drive-thru Festival of Lights. Yay!

Sponsored by the Department of Water and Power, the Festival of Lights has been an L.A. tradition for the past 13 years and I’m happy to report that Christine and I have yet to miss a Festival.

We’ve found that the best time to visit the Festival of Lights is in mid-December, right before closing time at like, 9:45 or so. The Thanksgiving crowds have died down by then and the Christmas rush hasn’t really peaked yet, so there is usually way less traffic. Emphasis on the word usually.

But, hey, what’s a little traffic when you’re winding through Griffith Park at night looking at pretty Christmas lights? Oh, and did I mention that the lights are timed to music? Yep, you guessed it, the folks at KOST 103.5 pipe in kick-ass Holiday jams from speakers in the trees and bushes all along the Festival route. 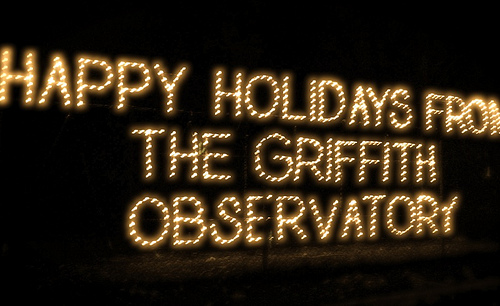 And even though the cold and the exhaust fumes are a killer, we crank up the heat every year and roll down our windows to experience the Festival of Lights in all its glory. We call this tradition the “cold maker” as inevitably one or both of us will have the sniffles afterwards, but, wow, what a way to get sick!

This year, the Festival went green by including an entire week of Vehicle Free Nights (which we sadly missed!) but there is a walking lane at the Festival as well, so, not having a car is no excuse for missing the Fest!

As you can see from these pics from last year’s Festival, the light displays offer super cool depictions of L.A. landmarks and traditions, celebrating everything from the ships at “America’s Port” in San Pedro to the spanking-new Griffith Observatory just a short jog uphill.

And though all the light displays are awesome, I think my favorite is the LAX display with the miniature towering light pylons changing colors to the music behind the iconic Theme Building. So cool! 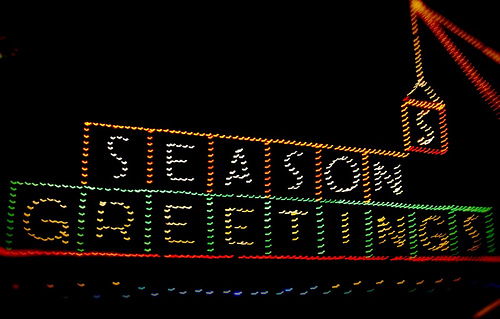 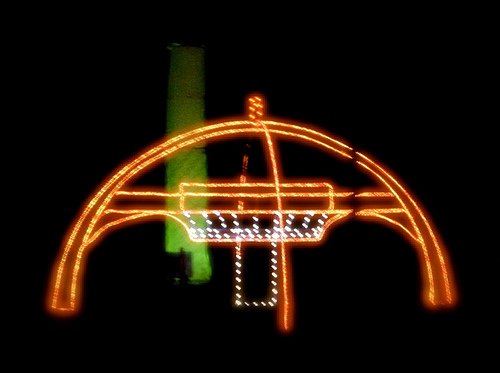 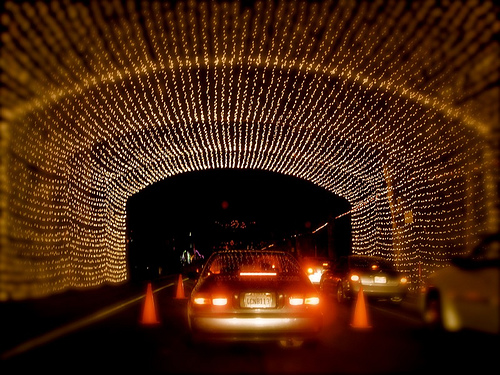 So, if you happen to be in the L.A. area in the next couple of weeks, set your dial to 103.5, crank the volume way up and make your way towards Griffith Park at nightfall. You might freeze your ass off, and you might catch a wicked seasonal cold, but you won’t be disappointed!

One response to “Griffith Park Festival of Lights”