Simon Baker is “Not Forgotten” by Emmy voters!

I know, I know…more shameless self-promotion. But, hey, having the lead actor from your first movie nab an Best Actor Emmy nomination never hurt anyone, and if Simon Baker’s nomination for “The Mentalist” gets even one more person to buy a “Not Forgotten” DVD when it comes out on October 6th, well, then, thank you very much, Emmy voters!

The rest of the nominees — with the exception of the animated “Family Guy” scoring a rare nod in the Best Comedy Series category — were pretty much business as usual. I swear to God, if I hear some of those same old names announced again I think I might just stop watching TV altogether. Yikes…

That said, I was glad to see the very deserving “Big Love” finally score a Drama Series nod, and it was cool to see “Flight of the Conchords” nominations all over the place, who woulda guessed that one? And even though we stopped watching “Breaking Bad” out of solidarity with a friend of ours last season, it was very cool to see the show in the top slot for the first time and even cooler to see Aaron Paul score a nomination for Supporting Actor, Drama. Rock on, Mr. Paul!

We have not seen “Grey Gardens” yet, but, I hear it’s very good and was happy for Drew Barrymore and the rest of the cast for their scads of nominations as well. Oh, and speaking of TV movies, Sigourney Weaver rocked in Lifetime’s “Prayers For Bobby”, so was very pleased to see both her and the film score nominations. 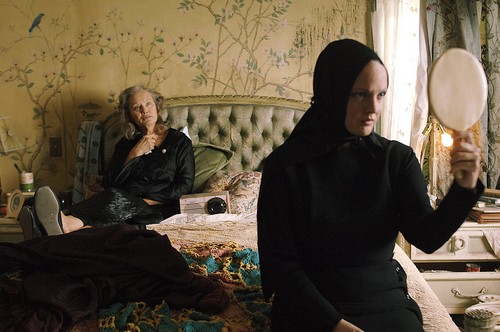 Was mostly pleased with the writing nods as well, especially the nomination for “Lost” scribes Damon Lindelof and Carlton Cuse for their amazing work on the season finale, “The Incident”. And am always happy to see Michael Emerson nominated for playing creepy-ass Ben, but was very disappointed that more of his “Lost” castmates didn’t make the cut. I mean, hello, Elizabeth Mitchell’s “death” scene in “The Incident” episode was some of the finest acting the show has ever seen…seriously, blondie got robbed!

And though I was sad to see “The American Mall” shut out of the Original Music and Lyrics nominations in favor of two songs from award shows (!) I gotta say, the hilarious “Motherlover” song from “SNL” is sure to take home the gold. That shit was hilarious!

And finally, we were very sad to see “ER” almost totally shut out in it’s last season, County General deserved better, yo. And though Christine and I were both seriously bummed that the totally cinematic “Southland” failed to score a single nod for it’s very deserving writers and cast, we’ll take comfort in the Best Actress nomination for Christina Applegate for “Samantha Who?”.

I know it’s canceled (stupid ABC!) but “Samantha” was one of our favorite shows of late…fantastic writing, hilarious cast, and very sweet to boot! If you haven’t seen this show, you must run out to rent the DVD’s when they come out. Seriously, you will never stop smiling.

Love to hear what shows you guys are rooting for, so, check out the complete list of Emmy nominees here and comment away! Oh yeah, and just for the record, the Chenbot was cruelly snubbed again for Best Reality Show host! Crazy, huh? But Padma Lakshmi did score a nod in the same category for “Top Chef”, so that definitely lessened the blow…

“Not Forgotten” to premiere at Slamdance Film Festival

Found out earlier today, just hours before a rocking cast and crew screening at Raleigh Studios, that my movie “Not Forgotten” will have it’s world premiere at this January’s Slamdance Film Festival in Park City, Utah. Yay!

Long considered sort of the spunky, younger sibling of the Sundance Film Festival — which is also held in Park City every January — Slamdance has come into it’s own in the past couple of years and is celebrating its 15th Anniversary this year with all sorts of special events and screenings. 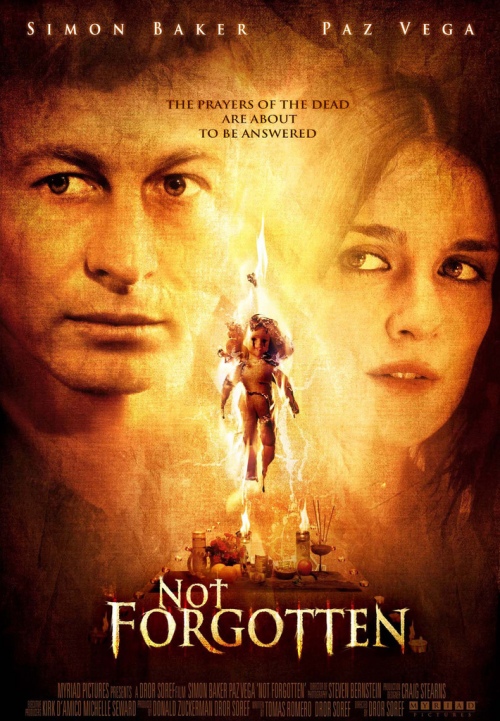 And, as luck would have it, “Not Forgotten” is going to premiere at one of those special screenings on Saturday, January 17th, 2009. As you probably know by now, the movie stars Simon Baker (“The Mentalist”), Paz Vega (“Spanglish” and the upcoming “The Spirit”), Claire Forlani (“Meet Joe Black”), Chloe Moretz (“Dirty Sexy Money”), Ken Davitian (“Borat”) and a slew of other cool actors. I’m not sure who all is coming out for the premiere, but it should be fun!

Christine and I haven’t started making travel plans yet — still kind of reeling from the shock of it all, I guess — but I will be attending the Festival for sure. In fact, I’ve already agreed to speak at a Screenwriting Fireside Chat sponsored by the WGA’s Indie Film Department, on January 20th at noon. Crazy, huh? I guess no one else was available to speak that day…ha!

Sadly, Christine might not be able to fly out for the Festival — she will be well into her third trimester by then, so, our doctor may put the kibosh on travel plans — but I will be there in my snowy weather finest. So, if you happen to be in Utah in January, come on down to Slamdance, amigos!