Tag Archives: “The Empire Strikes Back”

I’m sure you’ve heard the news by now, but, for those of you who haven’t, George Lucas has once again riled up the “Star Wars” faithful by making a handful of incredibly nerdy, holy unnecessary changes to the “Star Wars” movies for their upcoming Blu-Ray debut. And yes, blinking Ewoks is one of them.

Oh, you didn’t notice that the Ewoks in “Return of the Jedi” didn’t have eyelids? Well, neither did I. And neither did the rest of the flipping world, but, something tells me those un-blinking Ewoks kept Lucas awake many a night for the past twenty-something years. How else to explain that and the rest of the completely ridiculous changes he’s made to the sci-fi classics? Oy, seriously, somebody get this man a hobby already…

To see a full list of the absurdities about to be unleashed on Blu-Ray, click here, And in the meantime, I’ll be watching my beloved, un-butchered, un-special-edition Original Theatrical Release version DVD’s of the original series.

They might not look as crisp as the Blu-Ray versions of the films, but any world where Han Solo still shoots first and those loathsome little Ewoks have dry, itchy eyes, is cool with me!

“Not Forgotten” nominated for 2010 Saturn Award

Speaking of Sci-Fi…a few weeks back I got the super cool news that “Not Forgotten” had been nominated by the Academy of Science Fiction Fantasy & Horror for a 2010 Saturn Award for Best DVD Release. Yay! I didn’t blog about it then, because I wanted to make sure I got invited to the show first…and guess what? I did! So, whoo-hoo…let the celebrating commence! 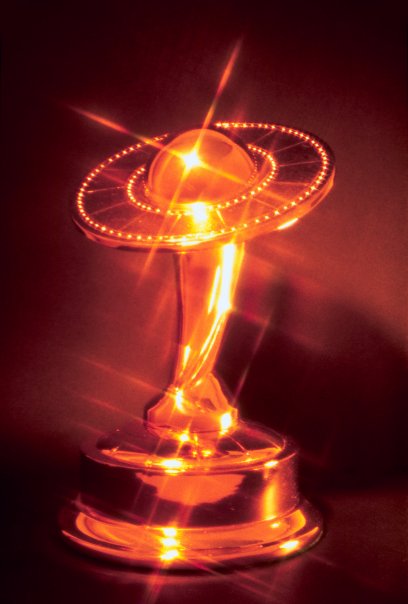 If, like most non-hard-core sci-fi geeks, you have no idea what the Saturn Awards are, please allow me to fill you in. The Saturn Awards have been given out to the best of the best sci-fi, fantasy and horror films, TV shows, plays and home video for the past 36 years, and unlike the Oscars who traditionally shun such genres, these guys are true fans of the first order.

This is the organization that in the past has given Best Film Awards to “The Empire Strikes Back”, “Aliens”, “Poltergeist”, “A.I. Artificial Intelligence” and “Children of Men”…smart, bold genre movies that more staid institutions completely shut out. I used to read about these rocking, underground award gatherings in Starlog and Fangoria magazines when I was a geeky kid…so, to have something I co-wrote and associate produced be nominated at all, in any category is kind of mind-blowing.

And the fact that I will actually be attending the show tonight, rubbing elbows with the creators and cast of “Lost”, “Avatar”, “Star Trek”, “Harry Potter” and the like…well, shit…I might just explode!

However, in the highly-unlikely event that I actually do make it through the show tonight intact, I promise to post some pics soon, so, stay tuned. To see a list of all this year’s Saturn Award nominees, click here.

“The Empire Strikes Back” turns 30!

Thirty years ago today my brother, my Dad, my Stepmom, Wendy, and I piled into our van and drove to San Jose to see what was then known simply as, “The Empire Strikes Back”, for the first time on the big screen. It was opening day and we didn’t have no internet machines back then, so, we got to the Winchester Century Theaters at the crack of dawn to get in line to buy tickets. 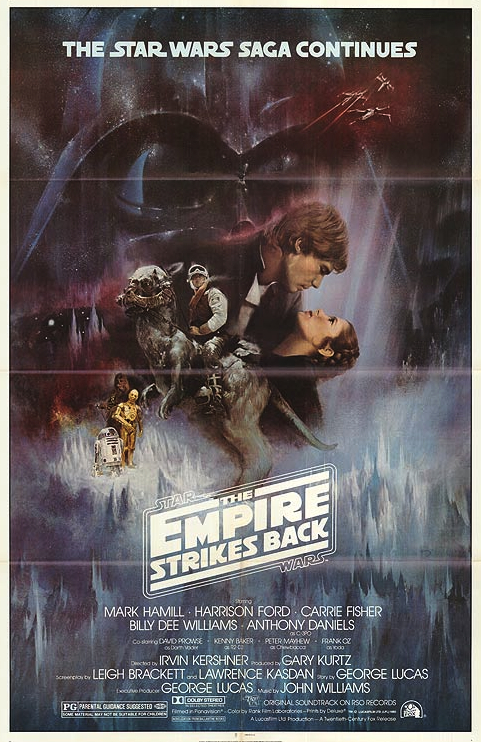 Now, I’m sure the Winchester Theaters have aged a bit since then — the place was practically crumbling when we saw a midnight screening of the first “Harry Potter” flick there back in 2001 — but in 1980, that theater was the shit, baby!

Seriously, the screen was so big and the sound was so loud that I literally shook through the first half hour of the movie. I know that sounds crazy, but my brother and I had been waiting for this movie to come out for three years and my eleven-year-old brain simply could not take the excitement. I was in such shock to actually be in a theater watching that movie that I couldn’t even focus on what was happening onscreen. Crazy!

Anyway, when I did calm down enough to enjoy it, the movie rocked our world, and thirty years later, it is still the coolest “Star Wars” film in the series. I just watched it again last week with Greta and though I didn’t tremble through the first half hour like I did then, the thrill of sharing this monumental movie from my childhood with my daughter just about killed me.

So, in honor of the movie’s 30th anniversary today, I thought I’d share this collection of cool-ass “Empire” posters I found online. Happy birthday, old friend, here’s hoping the force is with you…always! 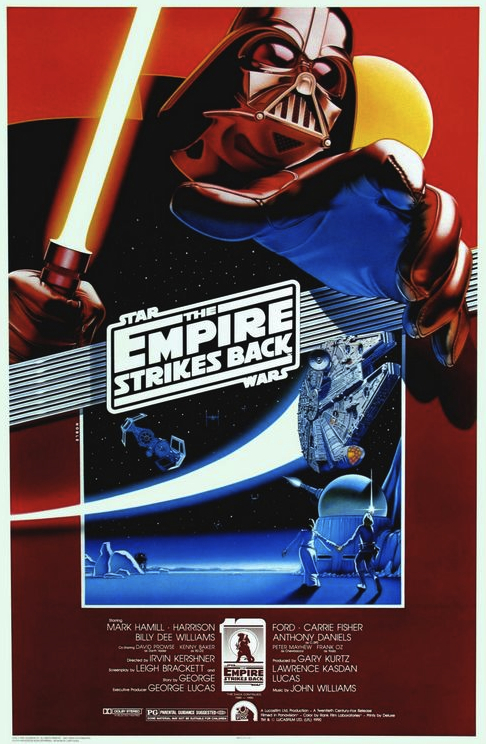 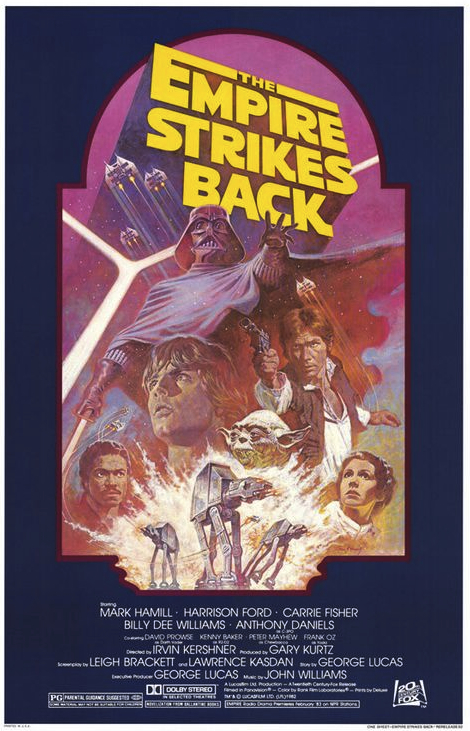 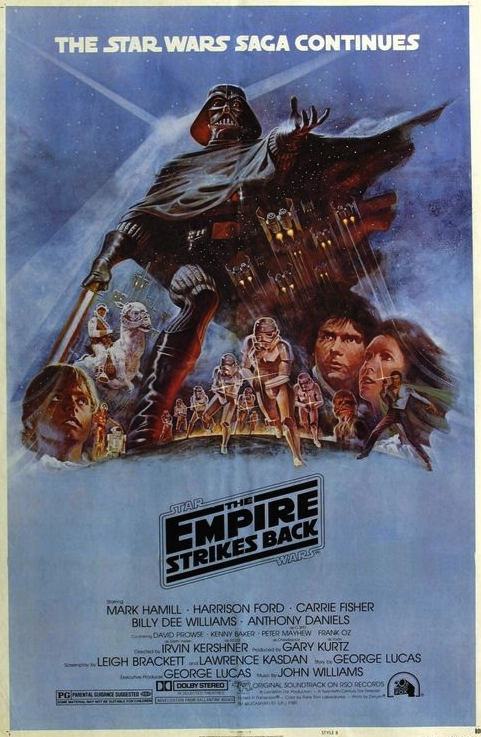 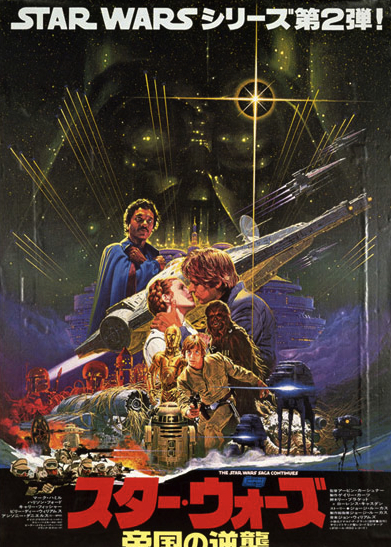 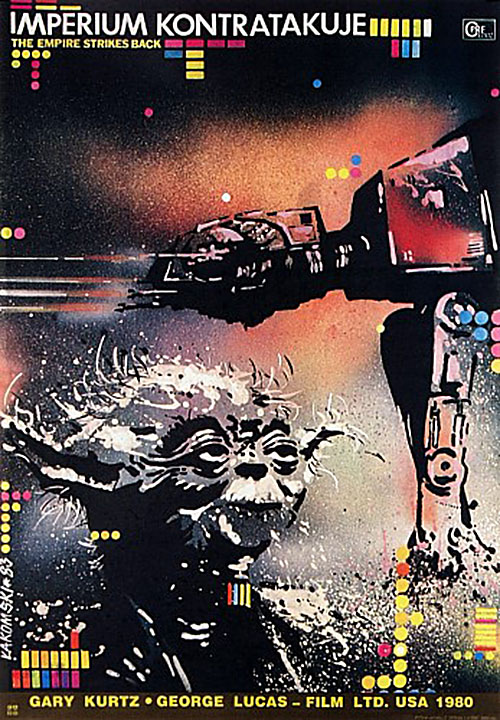