Baldwin and Martin to host Oscars!

OMG, I know I’m more than a few days late on this one, but, what an inspired idea for Oscar hosts! Sure, Wolverine was fun last year, but the idea of a comic — not to mention musical! — genius like Steve Martin hosting this year’s Academy Awards with his “enemy”, Alec Baldwin is kinda awesome.

This way, even if that lame 10 Best Picture nominees idea falls flat, the rest of the show will still rock. And, who knows, if the guys are any good in Nancy Meyers’ upcoming romantic comedy, “It’s Complicated”, they might just snag a nomination or two of their own. I mean, come on, they are starring opposite perennial-nominee Meryl Streep in this one, so, that kinda increases the odds.

Either way, kudos to newly-minted Oscar producers Bill Mechanic and Adam Shankman for picking the right guys for the job. Now, just keep the rest of the show running smoothly and Bob’s your uncle!

First Farrah, then Michael and now John-freaking-Hughes? Jesus, my childhood is being decimated here. I know he hasn’t directed a movie since 1991’s infamous flop “Curly Sue” — which I will forever refuse to see — but John Hughes was nothing short of the cinematic voice of my generation.

Seriously, I cannot even begin to tell you how his writing influenced my own. Sure, “Star Wars” made me wanna make movies in the first place and Terrence Malick’s “Badlands” and “Days of Heaven” taught me how to write them, but John Hughes taught me everything I’d ever need to know about character. 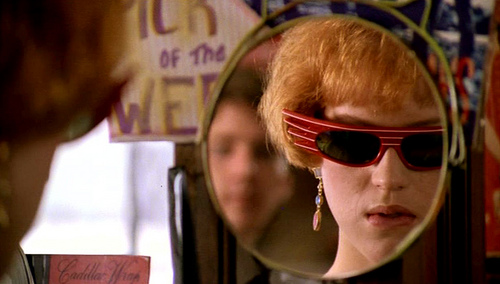 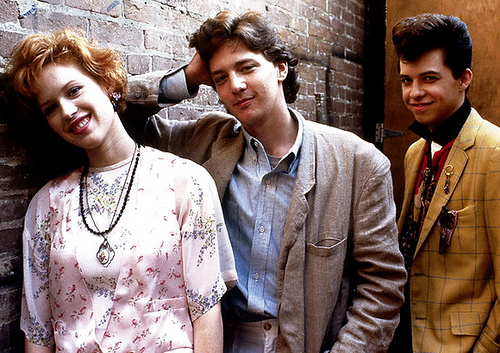 I mean, the man created some of the most iconic, imminently quotable onscreen characters of all time and in doing so had a hand in bringing to life some of my favorite movies ever. My family and I watched “National Lampoon’s Vacation” (which Hughes wrote) so many times that we just about blew out our creaky old RCA Videodisc player.

And when he started directing, forget about it. When she was a kid, Christine rented and watched “The Breakfast Club” every day for a week and a half…a week and a half! And when “Pretty in Pink” opened in theatres, I remember going with my friends to see it every Saturday night for three weeks straight. Even cooler still was the fact that the same people from my high school were there every week too. We even sat in the same seats…it was insanity!

And though I never felt the same undying love for “Sixteen Candles” and “Ferris Beuller”, I did rediscover “Uncle Buck” and “Planes, Trains and Automobiles” in recent years and love them to death. 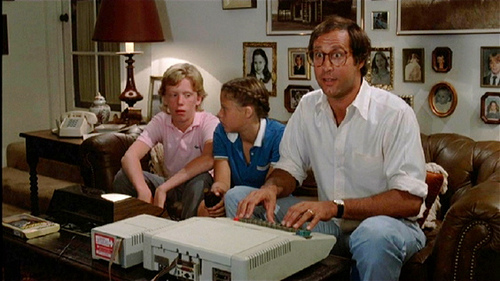 I think the thing I most loved about Hughes’ writing was that his characters felt real and lived-in. And though many have tried to replicate his voice over the years — you don’t even wanna know how many times I’ve heard studio execs say they want something kinda John Hughes-ish, urgh! — no one could ever balance humor and pathos like the man himself. And the music he used…wow, I owned every one of those soundtracks back in the day!

Actually, wait, Cameron Crowe (another hero of mine!) used to do a pretty good job of that too. But Crowe aside, there was something very pure and truly original about the stuff Hughes created during the 1980’s.

Sure, he lost focus a bit when he got all kid-friendly with “Home Alone” and shit, but even that movie has that patented Hughes warmth and messiness all over it. That family wasn’t perfect, they were flawed and human and goofy and even stupid sometimes, but you loved them.

Same thing with “Pretty in Pink”…I mean, love or hate the sell-out ending, the shit his teen queen muse, Molly Ringwald, went through in that movie was as real as real gets, baby. I mean, hello, her Dad was a lonely, unemployed loser still reeling from his wife leaving them…yikes, how much more real can you get?

And while there is a certain slick, artificial veneer to many of the greatest films of the 1980’s, Hughes films were different somehow. His movies had heart and soul and I know it sounds corny, but they were kinda timeless. And the cool factor? Man alive, his best characters didn’t follow crazy 80’s trends, they set them.

And Hughes himself didn’t just capture the zeitgeist of the 80’s, he created it on film for the whole world to see and enjoy. And for that, and so much more, I salute you, Mr. Hughes. You have left us way too soon, amigo, but your voice, your sweetly sad humor and your indelible characters will live on forever… 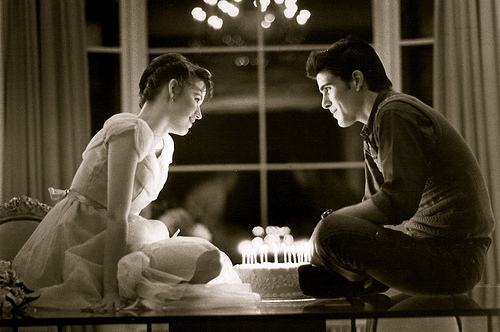