First there were Sprinkles Cupcakes, then they put in a 24-hour Cupcake ATM and now, the sugar mogul behind Sprinkles is opening an Ice Cream Shoppe. Hooray! Located next door to their now-iconic brown storefront in Beverly Hills, the design of the sleek, new Sprinkles Ice Cream looks to be just as simple and elegant as its predecessor.

I’m sure people are already lining up for the grand opening today, but, I think we’ll wait a while on this one. I mean, as tempting as a red velvet waffle cone sounds…the idea of waiting that long in line sounds a little intense. Besides, who needs an actual store anyway? I’ll just wait for the Sprinkles Ice Cream ATM! 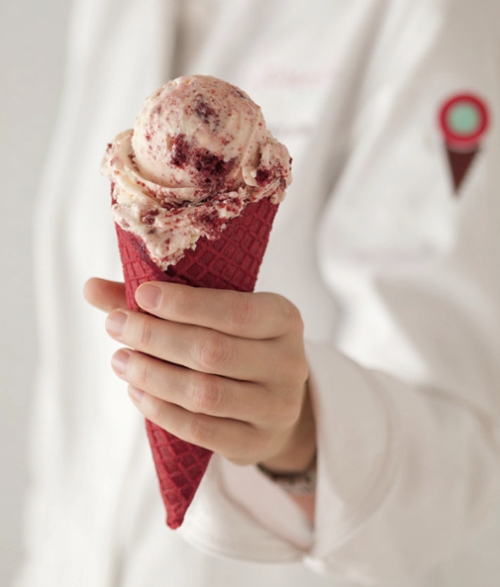 Hello, again. Wondering where we’ve been all this time? Or why I haven’t blogged about this year’s Cannes Film Festival even once this whole month when it ends in like, four days? Well, the answer, amigos, is twofold.

Part one of the reason I’ve been away is that I’ve been working (a lot) on a couple of writing projects that actually, you know, pay. So, sadly, that leaves little time for blogging here. Sorry… 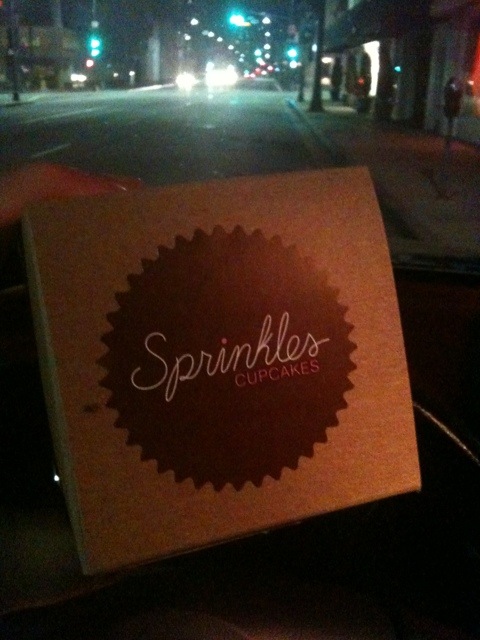 Seriously, our last visit at 1:30AM might have been the best yet…or maybe that was the pumpkin cupcake talking. Either way, this freaking cupcake ATM is a revelation. The way it works is pretty simple, step up to the touch-screen monitor, scroll through the cupcakes pictured till you find one you like, click on the image and then swipe your credit card. And $4.00 later your selection appears in a cute little Sprinkles box. Just like a real ATM, only sweeter!

There’s always a line (even at 3:30AM!) but it moves quickly and everyone is so happy to be there that the camaraderie only adds to the whole cupcake-to-go experience. The funniest thing we noticed lately is how many straight single men are in line for this thing. Women, tourists and city-savvy gays you’d expect, but burly straight dudes on their way home from a bar or the gym? Wow…I guess cupcakes really are the great equalizer.

Anyway, back to my daydreaming about that sweet-ass pumpkin cupcake. Happy ATM-ing everyone!

Although I still think it should be held in the dead of winter, instead of the beginning of June, today is National Donut Day! And you know what that means? You guessed it…free donuts at Krispy Kreme and Dunkin’ Donuts locations nationwide. Hooray!

I’m not sure who else is participating in this glorious day, but, it’s worth checking out your local donut mongers to find out what kind of deals they got going. I mean, hey, even a sale donut is better than nothing!

See ya in line, amigos…

Farmer’s Daughter Bean here. I know it’s been awhile…but it’s too hot to bake during the summers in LA, so I haven’t spent much time in the kitchen. But now, with the harvest season in full swing, I figured it was time to make some goodies, and since my husband likes to say that Halloween wouldn’t be complete without my cupcakes…cupcakes it was! 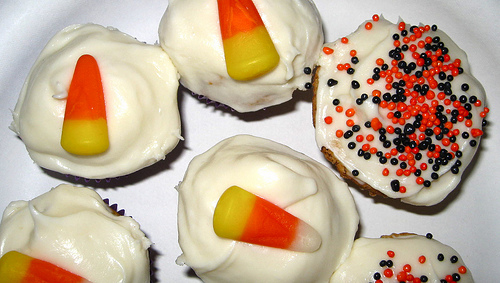 First, I looked up some tasty recipes in one of my favorite cookbooks, Cupcakes! by Elinor Klivans and came upon the Spiced Pumpkin recipe. Once I saw the pictures inside, I knew that I had to try these out! The batter looked so good I was dying to try some, but in my current state, I wisely resisted the temptation.

Tomás and my sister-in-law Laura — who were playing “Star Wars: The Force Unleashed” all night while I baked — said the batter on the beaters was “delish”, so, I kept baking. Trust me, it took a lot of willpower to wait for the final product with Cream Cheese Frosting and cinnamon frosting spiderwebs, but it was definitely worth the wait.

The cake was very light and had just the perfect amount of pumpkin spice. I did switch it up a bit by omitting the crystallized ginger from the recipe, partly because I didn’t have any on hand, but mostly because I just kind of needed immediate satisfaction at that point. But the cupcakes still tasted great.

The other cupcakes I made that night didn’t turn out as cute. For that batch I used the Butter Cupcake recipe and the Cream Cheese Frosting from Cupcakes! again. They were supposed to look like little pumpkins, but the Tootsie Roll stems didn’t really turn out as well as I had envisioned them.

They still tasted good though, but Tomás and Laura (and later Ryan!) raved about the pumpkin spice…so, I’ll definitely make those again.

For those of you who have never baked from scratch, you must try it. And with the holidays approaching, there is no better time to crack open your favorite cookbook and give it a whirl. It takes a little longer, but if you like to bake, the results are totally worth it. Just ask the nerdy gamers in my living room!