While searching for some cool pics of Julie Chen for the next post, came across this pair of amazingly bad pictures and simply had to share them with you.

Non-fans of “Big Brother” — and they are legion, especially on the picket lines right now — might not appreciate these warts-and-all pictures of Ms. Chen, but any true fan will tell you that the Chenbot is never seen in public without every hair on her shiny plastic head in place. Until now… 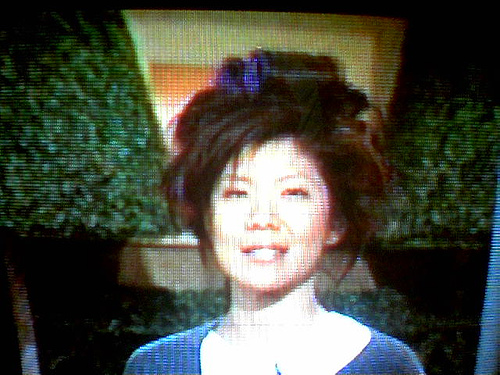 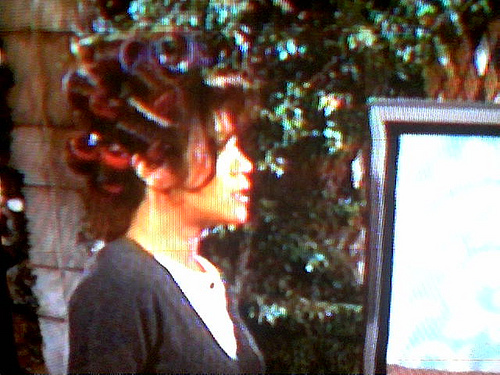 Apparently, these screencaps are from a “Big Brother: All Star” gag reel put together by the crew at the end-of-season rap party. I have no clue what she’s saying, but the sight of a hot Asian robot in curlers is just hilarious to me…even if she is married to the mad robot king of CBS himself, Les Moonves.

Having just wrapped up its eighth, and arguably best, season on CBS this week, it is with a pair of heavy-hearts that Christine and I bid farewell to “Big Brother” and its slinky, gloriously robotic host Julie “The Chenbot” Chen! 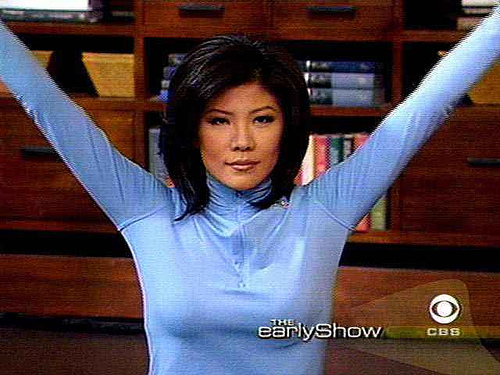 A staple of our summer Tivo viewing since the show first started in 2000, we have been fans of Julie Chen’s strange, otherworldly charms for years. I wish I could say I came up with her cool nickname, but someone far wittier than I coined the term Chenbot a few years back and it stuck.

Remarkably, Ms. Chen herself has come to embrace the term as her own in the past couple of years, which proves that even hot Asian robots have a sense of humor. So, good on you, Chenbot!

Anyway, Christine and I recently discovered a hilarious website dedicated to all things Chenbot with some awesome mash-up video clips of her iconic catch phrase: “But first…” and even a surprisingly wide array of logo merchandise — including the tote bag pictured below and Chenbot thong underwear! Whoa! 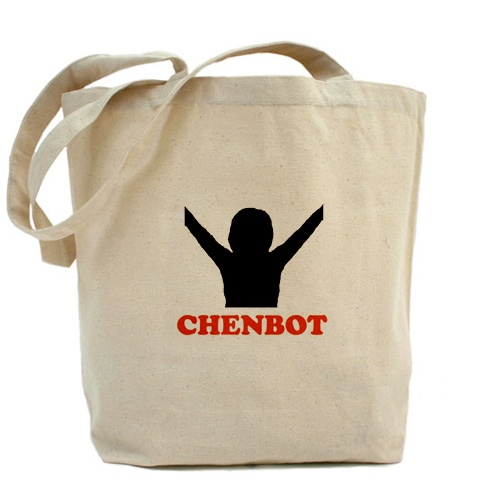 You guys have to see this stuff to believe it…amazing! And even non-fans of the show — which is just about everybody, except for “BB” loyalists James, Tim and Wendy — will enjoy the video clips on the site. They’re pretty damn funny.

Check them out at: hhtp://www.tvgasm.com/chenbot/ and until next summer when “Big Brother” rules our Tivo once more…all hail the Chenbot!