Wow…I know this is kind of old news by now, but we’re both still really, really sad about the sudden death of Brittany Murphy on Sunday at the age of 32. Like most people we fell in love with her in “Clueless”, but “Girl, Interrupted” was the movie that really showed us what that little powerhouse could do. 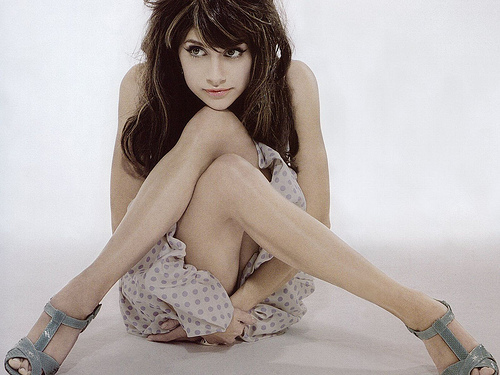 I mean, whoa…if you ask me, they gave the Oscar to the wrong crazy girl at the institution that year. Angelina Jolie was great and showy/crazy enough to take home the gold, but Murphy was the real time bomb in that movie. She was like, scary good…and those chickens under her bed? Yikes!

And though I loved her in the deeply-flawed “8 Mile” and some of her fluffier fare over the years — my Mom was just recently raving about a movie of hers called “The Ramen Girl” which I am now dying to see — I gotta say, my favorite Brittany Murphy “role” was her voice work as Luanne Platter on FOX’s long-running animated series, “King of the Hill”. 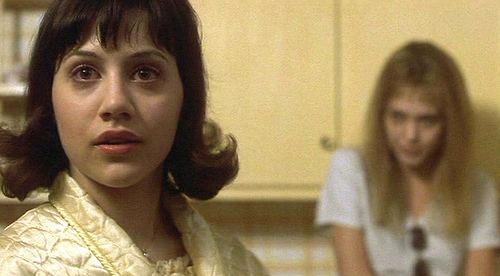 All of the voice actors were amazing on “Hill”, but Murphy’s Luanne was always my favorite. In lesser hands, Luanne coulda been a stereotypical dumb blonde, but Murphy imbued her with such heart and genuine emotion that you really rooted for her, no matter how far off track she went.

I know Luanne was a cartoon character, but, in Murphy’s gifted hands, she seemed so real and annoying that sometimes you just wanted to slap her silly…or kiss her, or, you know, both. I know that sounds crazy, but, Luanne was a very complicated character…so, back off.

Anyway, I’m sure the tabloids will have a field day with the finer details of Murphy’s tragically short life and untimely death, but all I know is that I’m bummed she won’t be around to make any more movies. 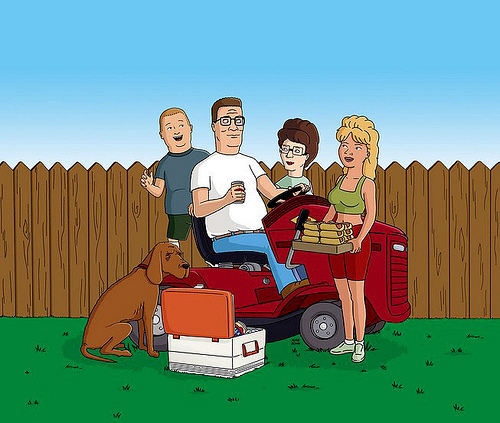 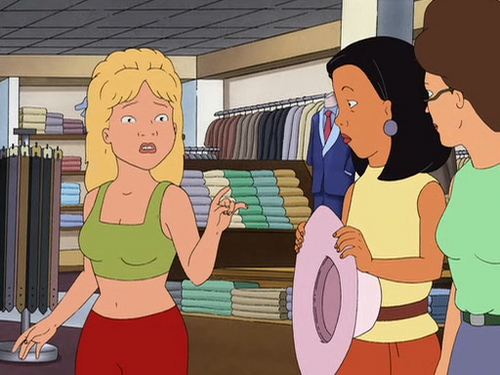 Hell, Christine and I liked Brittany Murphy so damn much that we even Tivo-ed (and watched!) the “Nora Roberts Collection 2009” TV movie she did on Lifetime this past summer, “Tribute”.

The movie kinda sucked, but Murphy, as always, kinda rocked. And if that’s not a sign of someone with true star wattage, then I don’t what is. Rest in peace, sweet, beautiful, Brittany Murphy…we’ll miss you.

“Project Runway” to air on Lifetime

You’ve probably already heard the news by now, but it sounds like crazy old Harvey Weinstein has finally worked out a deal with greedy old NBC Universal that will allow the long-delayed sixth season of “Project Runway” to finally see the light of day on Lifetime. Yay!

Terms of the deal were not disclosed and both sides are trying to play it all cool, but you just know it killed NBC Universal to lose another landmark series right now. I mean, with “ER” signing off last night, “Kings” boring audiences to tears and nothing remotely new and exciting on the horizon — except for maybe five nights a week of prime time Jay Leno (yawn) — NBC is, as Heidi Klum would say, definitely “out”.

But Lifetime, on the other hand is so “in” it hurts! “Rita Rocks”, “The 2009 Nora Roberts Collection” and now “Project Runway”? Man, “television for women” never sounded so good!

OK, I know it isn’t the coolest thing I’ve ever admitted to, but, try as I might, I cannot keep quiet about my latest TV obsession. And that’s because Lifetime’s new original sitcom “Rita Rocks”, well…rocks! Yes, I said Lifetime, as in, “Television for Women”, but if loving this sweet, classically-funny sitcom makes me a lady, then, braid my hair and call me Sally, because I love it!

“Rita Rocks” isn’t exactly revolutionary by TV standards, but it is a great, laugh-out-loud, working-class sitcom, and seeing as there hasn’t been a decent one of those on the airwaves since “Rosanne”, this show is like a breath of fresh air.

The concept here is simple. Rita, (played by former “Mad TV” regular, Nicole Sullivan) fronted a Bangles cover band in her youth and gave it all up to be a wife and mom. And then one day, while folding towels at the Bed, Bath and Beyond-ish superstore she works at, Rita realizes something is missing from her life and decides to get back into her music.

So, with the grudging support of her two daughters (a pitch-perfect Natalie Dreyfuss and Kelly Gould) and goofy, sitcom-perfect husband (Richard Ruccolo), Rita forms a garage band. And with Rita on guitar, her postal carrier best friend, Patty (played by former “Martin” hottie, Tisha Campbell-Martin), on keys, unemployed next door neighbor, Owen (Ian Gomez), on cello, and her daughter’s boyfriend, Kip (Ricky Ullman) on drums, the band takes flight.

I know, it sounds like a cutsey premise, and, well, maybe it is. But the characters are real, warm and very funny and the show is kinda awesome because of it. And on top of all that, the band actually sounds really good together when they play. I mean, I always thought Sullivan and Campbell were hilarious, but who knew they could sing too? Whoa…

Like I said, this isn’t exactly “Twin Peaks” or anything, but “Rita Rocks” is the kind of good, old-fashioned sitcom the major networks used to excel at. The fact that “Rita” airs on cable just shows you how far the mighty networks have fallen in my book. But, hey, if I have to watch Lifetime to get my sitcom fix, so be it.

So, if you find yourself hankering for a fun, well-written show with a rocking-good cast, check out “Rita Rocks” Monday nights at 8:30PM on Lifetime. And if you wanna really channel your inner girlie man, stick around for the Lifetime movies afterwards…they’re fabulous!