OK, I know I’ve been away for a while — we were in NYC for a friend’s wedding and then returned with wicked colds, so, we have a good excuse — but when I heard that Apple was finally unveiling their long-rumored tablet computer today, I knew I had to write about it!

That’s right, amigos, after months of wild speculation, Steve Jobs pulled a rabbit out of his hat again with the announcement of the groovy new iPad touchscreen computer. Roughly the size of a magazine the iPad is like a marriage between an iPhone and Macbook…only way cooler. 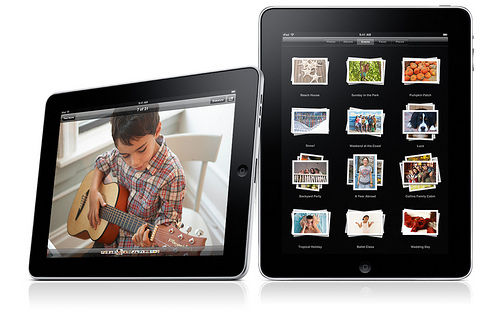 You can surf the internet, upload pictures, and music and best of all, read a digital book with a lovely full-color page view. Take that, Kindle! But I think my favorite thing about this sleek, revolutionary gadget is the price tag. Get this, the iPad starts at the low, low price of $499 for the 16GB version.

The 32GB version is going for $599 and the 64GB version will set you back a very reasonable $699. 3G versions are also coming down the pike soon, but even they top out at well under a thousand dollars. So, get in line now, people, because these things are gonna fly off the shelves.

I know I totally don’t need an Apple iPad right now, but, wow, soaking up the beauty of this lovely new creature right now, one word comes to mind: iWant! 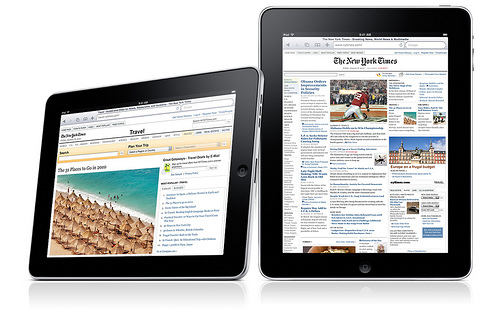