OK, I know what you’re thinking, the Grammy’s haven’t been cool or relevant since, well…never. But that said, I was still very excited to hear that Radiohead scored a whopping five Grammy nominations for their lush, rocking “In Rainbows” album yesterday. 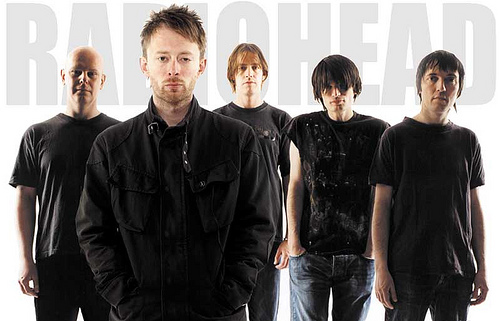 Also glad to see Coldplay in the running for so many awards and Eddie Vedder scoring a surprise Best Solo Rock Vocal nomination for his soaring song “Rise” from the “Into The Wild” soundtrack. Right on, Eddie!

But still, my boys from Radiohead cracking the Album of Year category is still the highlight of my day. There’s no way in hell that they’ll actually win that award, but just the fact that they got in there with a “pay what you want” album initially released solely on the internet is pretty damn cool. And who knows, maybe they’ll even get to play at the actual award show, which would kick ass!!