Where have you gone, Alexa Chung?

OK, I’m gonna give Alexa Chung the benefit of the doubt on this one. The first season of her MTV talk show “It’s on with Alexa Chung” was fun, funky and sometimes just plain weird, but we loved every kooky second of it. Seriously, I loved Miss Chung so much that I actually named my new cell phone after her. Yep, I name my cell phones…

So, you can imagine how excited Greta and I were to see the promos for the new and supposedly-improved “It’s on with Alexa Chung” that began airing a few weeks back. Like Miss Chung herself, the commercials were cool and super hip and promised to bring us: “More celebs. More music. Less BS.” with season two. Wow, a new and improved Alexa Chung? Sounds awesome, right? Wrong! 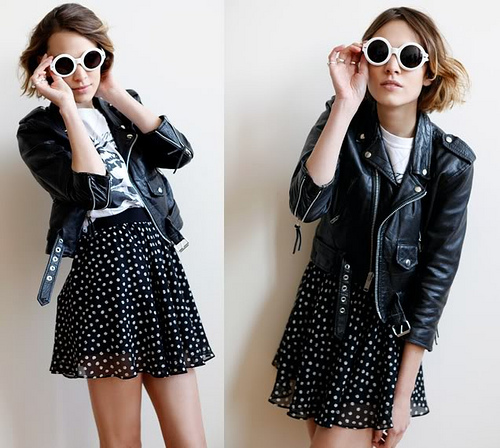 After watching the show — which began airing in its new 3:30PM time slot last Monday — for a whole week now, all I can say is…WTF MTV? Every single thing that was cool or unique about the show is gone, seemingly forever. No more cool comedians stopping by to dish about pop culture, no more funky-fresh loft-like set, goofy guest intros and strange game play…shit, they even dumped the twitter and facebook pics from fans that used to bookend the commercial breaks. Lame!

I’m not kidding, amigos…it’s like MTV sucked everything that was fun and original out of the show and replaced it with a crazy-fake “live TV show” vibe. The groovy credits from the first season disappeared a while ago, but now the show starts with Alexa being “counted in” by her producers backstage before walking out onto the bland-ass set to greet her audience. If that’s supposed to be edgy, the honchos at MTV have apparently never watched “The View”.

I mean, come on, even the most sheltered tween out there has seen live TV before, so, it is not exciting or even remotely cool to see someone walk past a bunch of grips and shit backstage to make her entrance. It’s just lame…and, considering how great the show used to be, kinda sad. 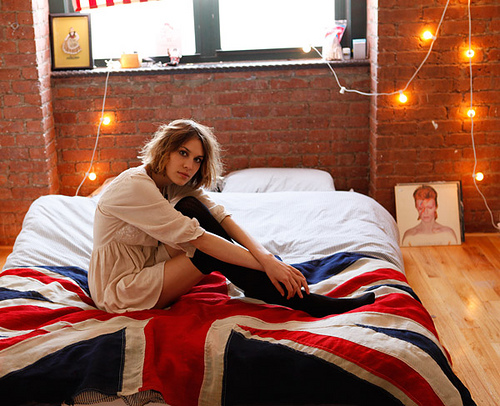 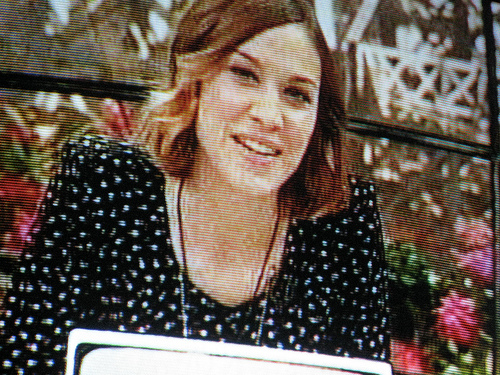 And not only is the new format completely ridiculous — Alexa and her guests remain mic-ed when they cut to commercial so we can hear them chatting…ooo, edgy! — but Chung seems to hate it as much as we do. Seriously, there were times last week when even she looked totally bored.

I just don’t get it. MTV might think they’re fixing a broken show with this incredibly wrong-headed reboot, but what they’re really doing is trying to turn Alexa Chung into Carson Daly, and that is just plain stupid. “TRL” had an awesome run but it got old and it’s dead for a reason…let Alexa Chung do her thing or cancel her show and start over with someone else. It’s that simple.

That said, I’m giving Miss Chung and her producers one more week to turn this shit around…after that, I guess Greta and I will have to start watching something truly groundbreaking like the “The Bonnie Hunt Show” or something…