Hmmm…guess where we’ll be this afternoon at 2:00PM? Trust me on this one, amigos, the best fast food tacos on earth only taste better when they’re totally, 100% free. And this year, you don’t even need to print up a coupon!

Gotta love those tasty, deep-fried Jack in the Box tacos! 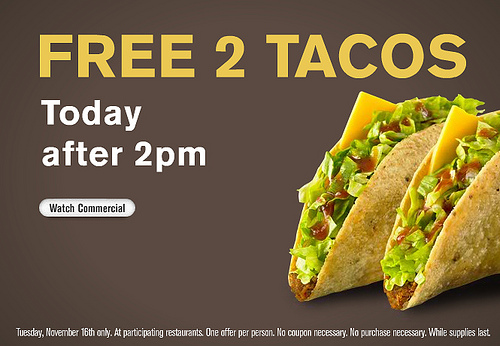 OK, I don’t know if it was the cold weather or this crazy Swine Flu mania, but for some reason, there was virtually no line to speak of at this year’s 31-Cent Scoop Night at our local Baskin Robbins. And we went to the “good” Baskin Robbins on Victory this time too. Crazy, huh? 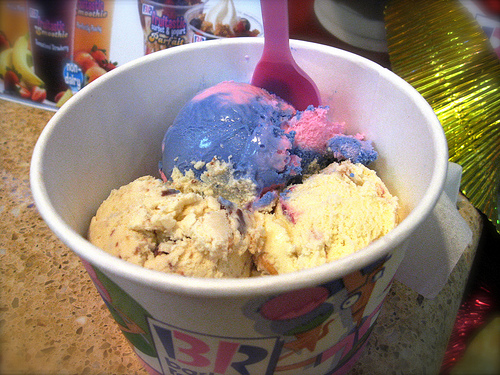 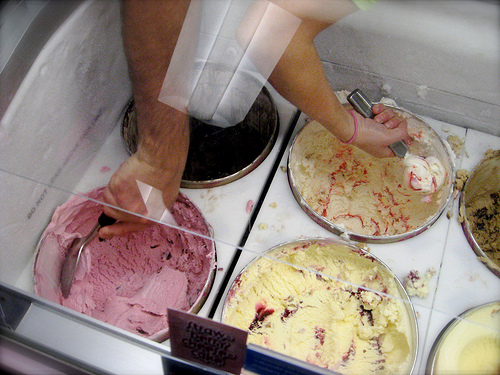 All I know is that the smaller crowds made it that much easier for myself and our friend Mike to sneak back inside for round two while his wife Patty and our other friend Elyse waited outside with Christine and Greta. Yee-haw!

Oh yeah, and this year, the scoops were way bigger than last time too…so, thank you, Baskin Robbins for another awesome adventure in cheap ice cream. You guys seriously rock! 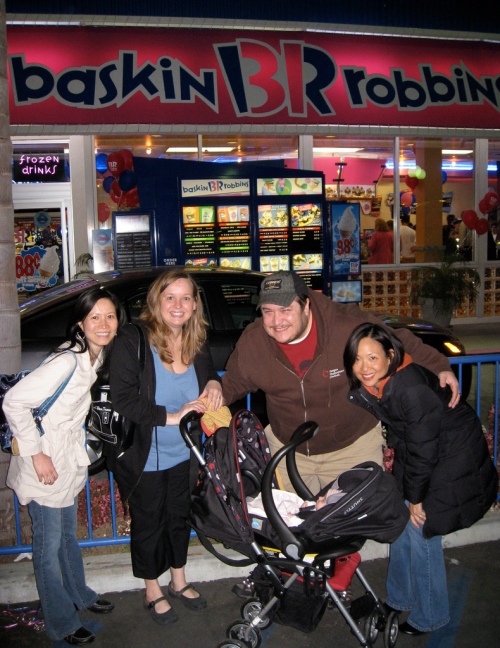 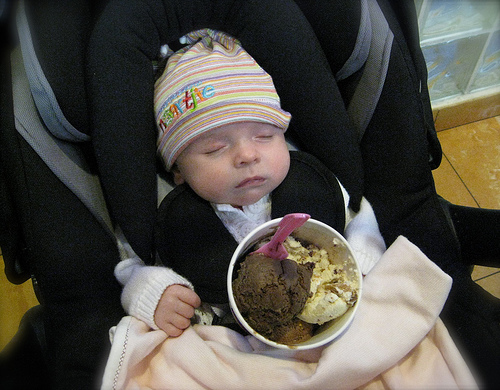 Believe it or not, it has been a whole year since Christine and I celebrated 31-Cent Scoop Night at the Baskin Robbins in Glendale with my brother and sister-in-law, which means…ta da…the second best deal in the ice cream biz is happening again tonight between 5-10PM. Yay!

I know we’ve enjoyed many discounted and free meals and such during the past year, but honestly, nothing in God’s green Earth beats paying 31-cents for a scoop of freaking primo ice cream. So, check out all the pertinent details here and see ya in line, amigos! 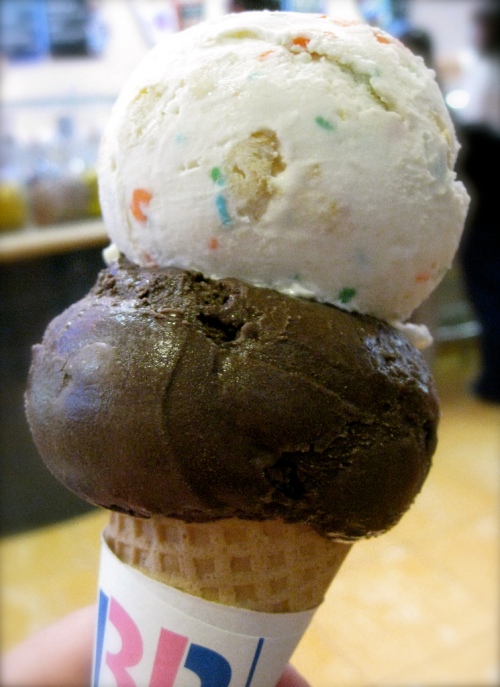 Hands on the wheel, Californios! As of today, chatty, a-hole drivers everywhere will have to comply with Senate Bill 1613 — more commonly known as the hands-free cell phone bill — or face ever increasing fines.

I say, right on! Who in L.A. (or anywhere for that matter) has not almost been side-swiped, suddenly cut off or otherwise had their life endangered by some cell-phone-mad soccer mom in a speeding minivan? Nothing against soccer moms, or minivans — our friend’s Nic and Dan’s rocking minivan is so big, you could do laps in that thing! — but no matter what you drive, this bill was a long time coming in my book, so, yeah! 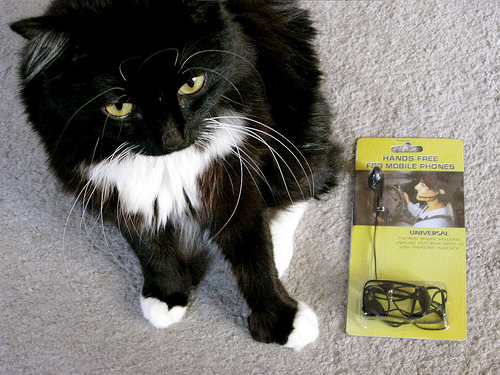 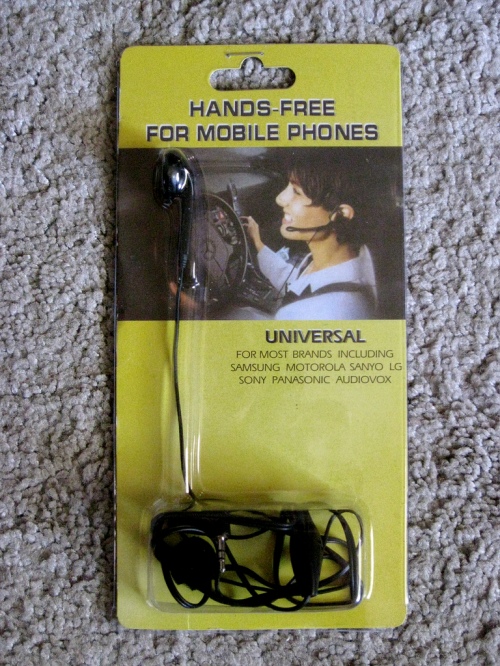 Christine and I have been fervent headset users for years — it didn’t hurt that we used to know someone in “the biz” who kept us knee-deep in new headsets! — so this new law is really just sanctioning something we already do on a daily basis. But for millions of California drivers, I think hands-free chatting is gonna take some serious getting used to.

I’m sure you’ve seen the non-stop print ads with Bluetooth this, hands-free that, I mean, every other kiosk at the mall nowadays is shilling headsets. So, seeing as one of our old standby headsets just recently bit the dust, I set out last week in search of a new one.

And when I heard they were even selling headsets at the 99-Cent Store, well, I had to check that shit out! So, I headed on over, plopped down my dollar and tried that thing out…and…drumroll please, the headset (pictured above) was so cheap that it actually broke in my car in the parking lot!

I’m not kidding, the speaker cover tore when I opened the package and without it, the headset sounds — in the words of my sister-in-law, Laura — like I am talking to you from a thousand fathoms below or something. 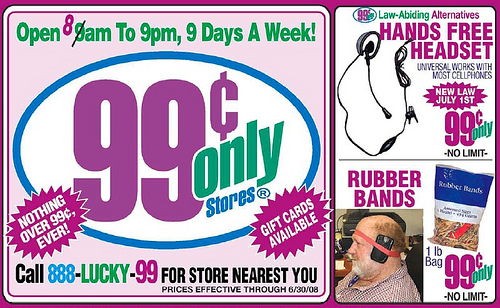 Honestly, I didn’t think that thing was gonna have like, Bluetooth quality sound or anything, but, wow…I didn’t expect it to fall apart on the drive home either! Yikes…99-cents was way too much to pay for that crap…

So, if you’re struggling to get hands-free-compliant today and looking for a last-minute headset…I suggest you try someplace other than the 99-Cent Store. Just an idea…