OK, I’ll say it…last night kinda rocked. Not only did Christine manage to score my friend Arturo and myself two free tickets to a super cool John Waters reading and booksigning event downtown, but, in between the reading and the signing, Mr. Waters was interviewed onstage by none other than Princess-freaking-Leia herself…Carrie Fisher!

Waters started the night off by reading some very funny selections from his new book “Role Models”, which is his literary tribute to the people, both famous and not, who inspired him during his lifetime. And the list of inspirational people truly runs the gamut here, with legendary crooner Johnny Mathis sharing equal space with a buxom Baltimore barmaid. Awesome!

And then, the real fun started when Carrie Fisher took the stage and the two talked like the old friends they are for the rest of the night. There was a brief Q&A peppered with the usual wacky questions from the crowd — one chick asked Waters about the quality of the mussels at some dive in Baltimore! — and then all the crazy folks in the Aratani/Japan America Theatre (myself and Arturo included) got into line to get their books signed. 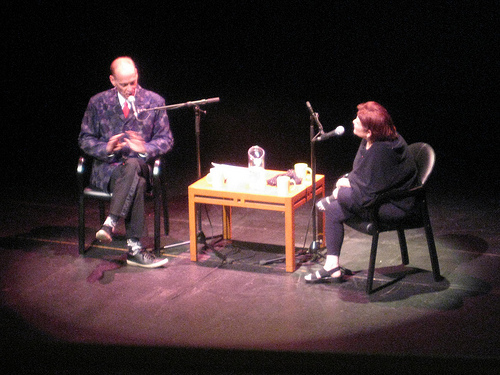 Unlike most booksignings I’ve been too, Waters really took his time with his fans and lemme tell ya, they ate it up. People brought him gifts of food, music, movies, you name it, it was there on the table beside him.

So, yeah, we waited in line for a long-ass time, but, wow, what a line it was. Drag queens, older gay men, younger gay men, lesbians, hipsters, Hollywood types, four very strange people in wheelchairs, two people hobbling around on broke-ass crutches, Johnny Knoxville (yep, he was there too!) and a morbidly obese one-armed woman in a halter top. I’m not kidding, amigos, that line looked like a John Waters movie come to life!

When we finally reached the amazing Mr. Waters he looked a little tired from all the craziness, but, ever the trooper, he not only signed, but, personalized both of our books, posed for individual pics with each of us and even signed my DVD copy of his film “Cecil B. Demented”. Hooray! 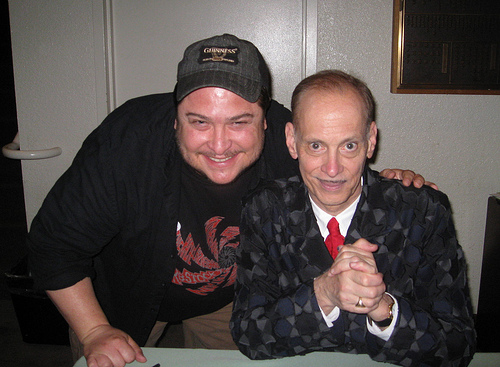 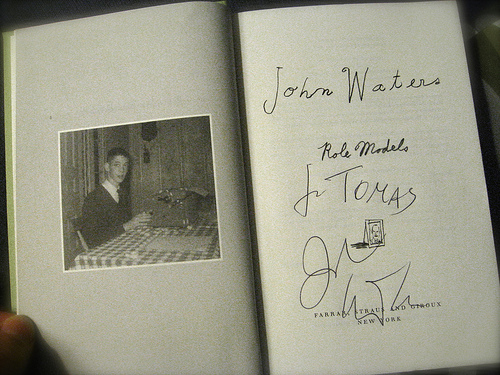 Now, if I could have just talked Carrie Fisher into signing the lightsaber collection in my backpack, all would truly have been right with the world…