On the road with Obama

With the election just a couple of weeks away and getting crazier by the minute, Christine and I decided to take our brand new Barack Obama action figure on a quick campaign push up the coast to Northern California.

The fact that we were both itching for a fun, weekend road trip might have had a little something to do with it too, but either way, Jedi Master Obama came with us and as you can see from the pics below, the little plastic dude had a blast. 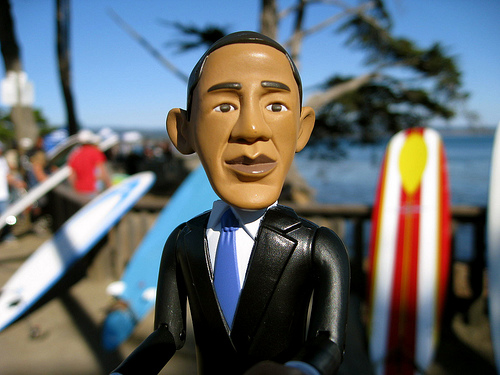 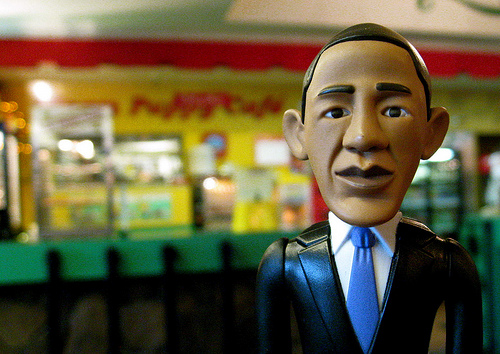 Not only did he get to cross the Golden Gate bridge during Fleet Week — and see the Blue Angels performing above us on the drive back! — but Obama also got to tour the rocking Charles Schulz Musuem in Santa Rosa, judge a surfing contest in Capitola, check out Sista Monica’s soulful outdoor gospel choir in Santa Cruz and best of all, Lil’ O got to wrap up his journey with some tasty hot wings at the Burbank Hooters.

And with stops at Taco Bell and the classic Bob’s Big Boy in Toluca Lake thrown in for good measure, well, I don’t know about you guys, but that kinda sounds like campaign heaven to me!

If you’re interested in seeing the full, unedited version of Lil’ O’s “rainbow tour” of the California coast, check out the Flickr set here, but in the meantime, enjoy the pics, remember to vote on November 4th, and, as always, go Obama! 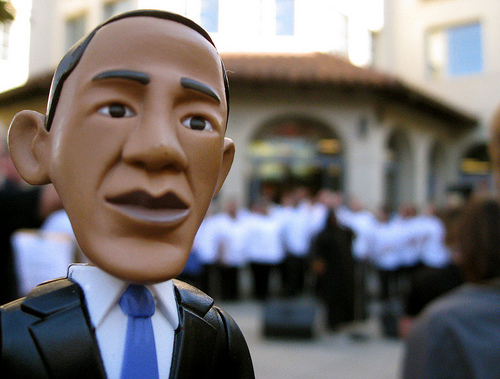 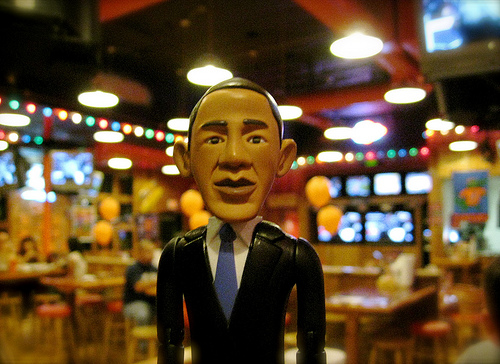