If there is any doubt in anyone’s mind that Steve Jobs was one-of-a-kind iconic, this speech should put all that to rest. Thanks to my sister-in-law, Laura, for turning me on to this remarkably-power, deeply-moving commencement speech. Rest in peace, Mr. Jobs…

Today we lost a true visionary, but the magic and beauty that he brought to this world will live on forever. Thanks for making our world a better place, Mr. Jobs. You will be greatly missed… 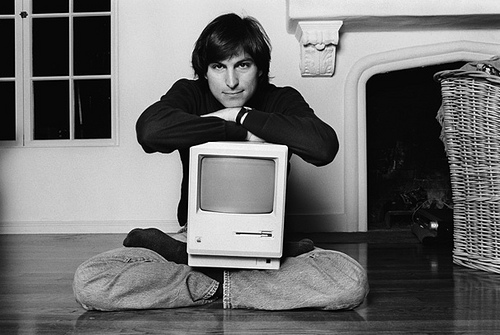 Since Christine and I are already a three iPod household — our old grey iPod mini, Yoda, is for the cats, yo! — we need another iPod like we need another season pass on our Tivo. But, man alive, the new iPod Nano’s announced today by Apple are so damn pretty, we might just change our minds…wow!

To read more about the many new features of these gorgeous little Nanos — I seriously wanna sprinkle them on ice cream or something! Yummy! — and the new-feature-tastic iPod Touch models (also announced today) check out the links below. And, as always, go Mac!