With Greta teething like crazy, no one in our household has been getting much sleep lately. So, since I was still awake at 4:30AM this morning, I figured I may as well stay up to watch the Golden Globe Nominations at 5:00AM. I mean, what’s another half hour at that point, huh?

Well, apparently the Hollywood Foreign Press is as punctual as I am, because, even though their website said the nominations would begin at 5:00AM PST, they didn’t actually get to the good stuff till 5:37AM!! And trust me, trying to stay awake for those last 37 minutes sucked ass. Jesus, get it together, HFPA! 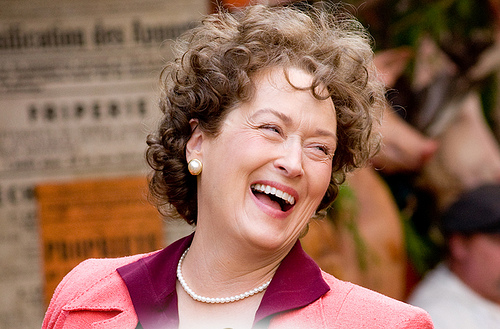 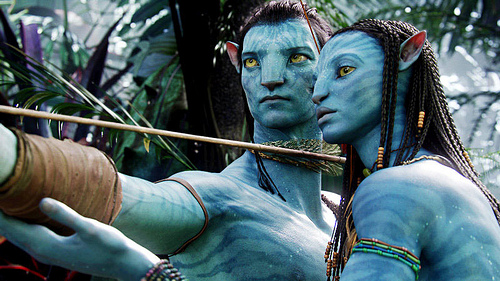 Anyway, there weren’t a whole lot of surprises this year on the movie side, except for the near total snubs of “The Lovely Bones”, “The Road” and “Where The Wild Things Are” — but it was cool to see three of our favorite actors (Sandra Bullock, Meryl Streep and Matt Damon) score double nominations and, seriously, anytime Julianne Moore is nominated for an award is a happy day in my book. Now if she could actually win something sometime I’d be even happier!

Also glad to see Tarantino back in the thick of things with “Inglourious Basterds” raking up all kinds of Globes love, and though we haven’t watched our screener of “Up In The Air” yet, I am already in love with the movie from the trailers, so, kudos to Clooney and company on that front too. It was also very cool to see “Avatar” do so well and a smaller movie like “District 9” score a coveted screenplay nomination. Wow…who knew the HFPA dug Sci Fi? Awesome!

But the big news of the day was on the TV front where Fox’s “Glee” very-deservedly cleaned freaking house with three acting nominations and a nod for Best Television Series Musical or Comedy. Hooray! After years of kicking ass in everything she does, Jane Lynch is finally nominated for an award! Coolness! Go-to character actresses like Alison Janney better watch their backs in the years to come, because the white-hot Lynch is on a roll, baby! 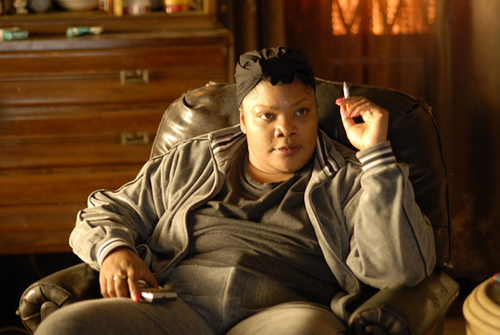 Also very happy to see “Big Love” score a few well-deserved nominations (go, Chloë Sevigny!) and we were very excited to see two of our favorite new shows, “Modern Family” and “The Good Wife” score some nods. Rock on, newbies!

My only complaint today are the three nominations for Lifetime’s God-awful “Georgia O’Keefe” biopic. That movie really, really sucked. Not only did it totally squander the considerable talents of it’s two lead actors, Joan Allen and Jeremy Irons, but it was so damn boring that it made Lifetime’s epic 2008 train wreck, “Coco Chanel” look interesting. And yes, I actually Tivo-ed (and watched!!) both of those lame-ass movies. Yikes… 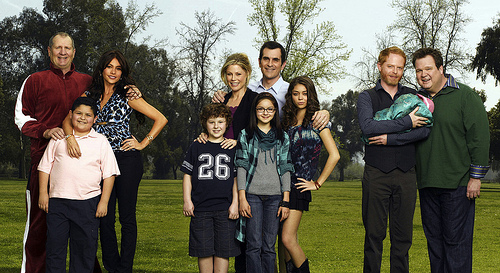 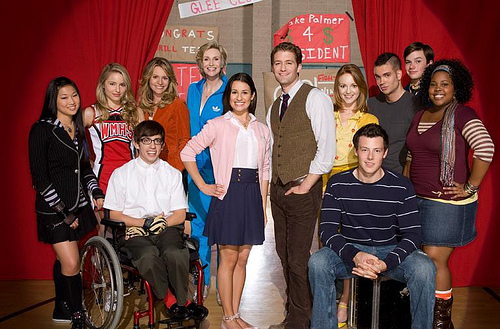 But at the end of the day, the big story at this year’s Globes — which air on NBC on January 17th — isn’t gonna be about the nominees at all. I mean, with Ricky Gervais hosting and the booze flowing freely, who really cares who wins?