As you know, I am a total film festival geek, so when I heard back in December that a movie I co-wrote and associate produced was going to be screened at a fancy “name” film festival like Slamdance, well…I was kinda blown away. 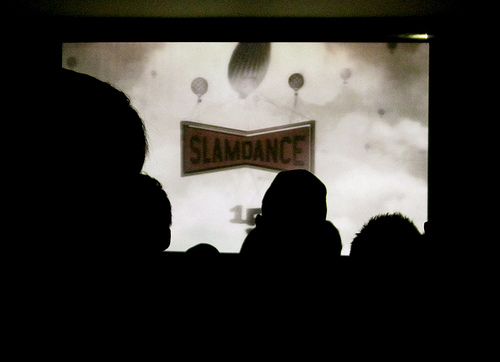 And after spending five plus days in Park City, Utah enjoying both Slamdance and her larger sister festival, Sundance, I can tell you without a doubt that we were in the right place. I mean, sure, Sundance has a higher profile and a rich history of launching the careers of some pretty talented filmmakers, but twenty-five years in, Sundance is just too big for its own good.

I mean, their box office looked like Disneyland or something, big, impersonal and totally corporate. The movies were still great, but for the most part, they featured big stars in low-budget commercial movies that mostly already had distribution of some sort. I swear to God, for most of those movies, screening at Sundance is more like a marketing tool, a cool logo they could splash on their posters and DVD’s to move some product.

That’s not a bad thing, mind you, but that is not what Sundance used to be. Luckily for us, there’s Slamdance! Started fifteen years ago just up the hill from the fancy, movie-star-packed venues of Sundance, Slamdance set out to be the anti-Sundance in every sense of the word. Ironically, what it has become in the past few years is what Sundance used to be…a truly independent film festival.

For instance, Slamdance only features films by first time filmmakers with a budget of below $1million. Since our budget on “Not Forgotten” was considerably higher, we were not allowed to screen in competition but rather as one of several “Special Screenings” playing throughout the festival.

But the biggest difference between the two festivals is the people. Sundance, as I said above, is big and staffed with scads of chic, Hollywood phonies. Sorry, but it is. Unless you were a big star (or Paris Hilton, who got the freaking mega-star treatment!) the people at Sundance treated you like shit. 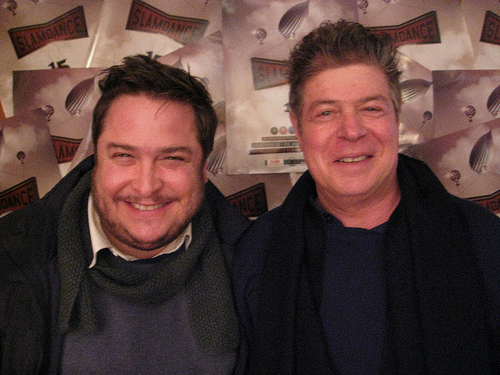 Except, of course, for the super cool folks at the Queer Lounge, who rocked! Run by GLAAD, the Queer Lounge was one of the only all-admittance hangouts on Main Street, and man, was that place cool. Fake grass on the ground, giant fake mango trees overhead and all the free flavored Absolut vodka you could drink…whew…we loved that place. Thanks, GLAAD!

But, trust me, the Queer Lounge was the exception to the rule at Sundance. The rest of the Sundance lounges and clubs were impossible to get into and the people at the door, yikes…crazy mean!

Slamdance, on the other hand, was staffed with the coolest, funkiest folks you’ve ever shared a Jagermeister/Pom shot with. Seriously, these guys ruled! Totally down-to-earth, friendly as all hell, and completely devoid of any shred of pretension, these are the folks you wanna celebrate indie film with, baby!

They remembered our names, hyped our movie to anyone within earshot, and treated our entire “Not Forgotten” crew like rock star royalty the entire time we were there. Hell, a bunch of them even sat in on my Screenwriting Fireside Chat just to support me and the other writers on the panel! How cool is that?!

So, for all those reasons and more — did I mention the Filmmaker’s Lounge with free-flowing booze from 5-7PM each night? Awesome! — Slamdance totally lived up to every childhood notion of what I thought a film festival should be. Hanging out with cool writers, composers, directors, actors, hell, even just the bad ass film geeks in the audience…there was a genuine sense of community there that I haven’t experienced since film school.

And seriously…what else could you ask for in a film festival? It was amazing, and my post-Slamdance super cold aside, I had a freaking blast. So, muchas gracias, Slamdance. Hope to see y’all again real soon! 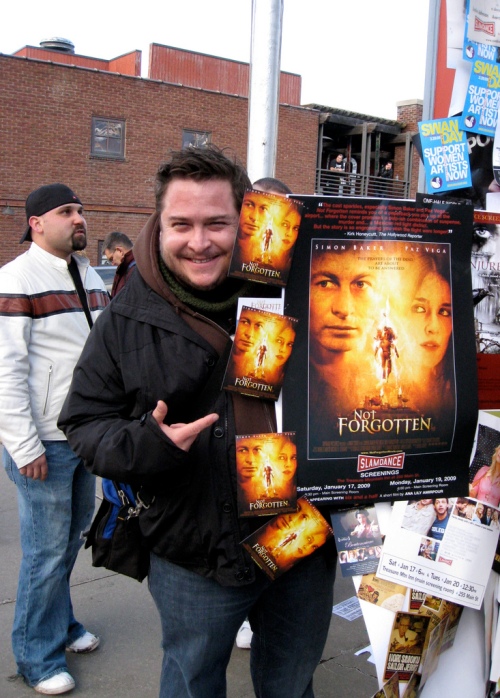