Some folks swear by Sprinkles, and Yummy Cupcakes in Burbank is always great in a pinch, but our favorite cupcakes on God’s green earth come from the crazy good Kara’s Cupcakes in San Francisco.

Christine and I first discovered Kara’s while making our regular pilgrimage to Ghirardelli Square to buy some of their yummy Ghirardelli Drinking Chocolate.

If you haven’t tried this stuff, then you have not had truly incredible hot cocoa, amigos. It’s delicious…and since we first tried it a couple years back, Ghirardelli Drinking Chocolate has become one of the staples of our kitchen: salsa, eggs, tortillas, and Drinking Chocolate. Not necessarily in that order…but, I digress. Back to the cupcakes!

Kara’s has two locations in San Francisco, the one mentioned above at Ghirardelli Square and another storefront in the city’s happening Marina District just off of Chesnut Street. And though we usually frequent the one at Ghirardelli just out of convenience, I gotta say that the Kara’s in the Marina has a much bigger menu to choose from. 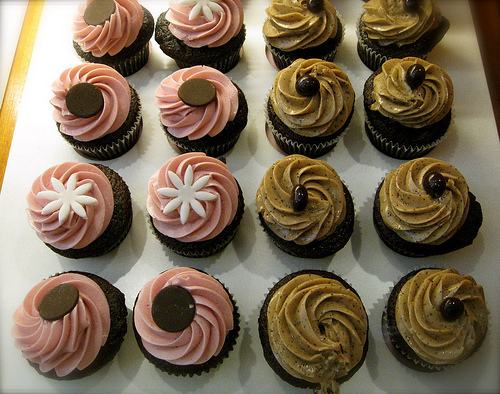 And what a menu it is! Even the most basic-sounding cupcake here is out-of-this-world incredible, but we have two favorites that actually start me drooling just thinking about them. Christine’s favorite is Kara’s dark chocolate Fleur de Sel, which is basically a chocolate cupcake with caramel filling, ganache frosting and fleur de sel sprinkled on top.

I’m not kidding, that cupcake is the most perfect union of chocolate and sea salt outside of those dreamy little morsels we had at Todos Santos in Santa Fe. Just incredible! And best of all, it travels well. You know, in case I pick one up for her while she’s busy shopping the Gift Show downtown.

But my favorite is, and always will be, the outrageously-good Banana Caramel. Now, I know not everyone loves bananas like I do, but wow…this banana cupcake with caramel filling and silky cream cheese frosting will change your life, baby! I have never had a cupcake as good as that one…and trust me, I’ve had a lot of cupcakes in my life, yo. This one is cupcake heaven! 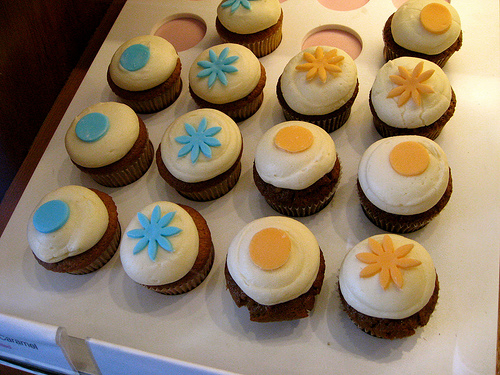 Also good are the Coconut and Kara’s Karrot cupcakes, but if you only have time (or money!) for one $3.25 cupcake, I’d say go with the Fleur de Sel or the Banana Caramel. And if you are a true lover of cupcakes, then you have to stop what you’re doing right now and head on up to Kara’s…seriously, you’ll die!

Oh yeah, and I just saw on their website that they recently opened another Kara’s in Palo Alto…so, that’s even less of a drive from L.A.! Yay!

Hooray! Thirteen years (to the day!) after an L.A. jury found that murderous thug OJ Simpson not guilty, the “Juice” was found guilty of robbery, assault with a deadly weapon, kidnapping and a slew of other charges by a clear-headed jury in Las Vegas, of all places.

I don’t really know that much about the trial or what that hood did to be found guilty, but the fact that he might actually serve some time is just freaking awesome in my book. Ha! Who’s squeezed now, bitch?!