Before moving on to some of the other exciting fare in Las Vegas, New Mexico wanted to post a few of my favorite “behind the scenes” pics from the set.

As you can see, our locales ran the gamut in Las Vegas from beautiful stone churches to spooky old Victorian porches and sprawling former insane asylums. And yes, the insane asylum — which doubled as our Sheriff’s station — was just as spooky as it sounds.

While exploring the freezing cold mental hospital, Ginger and I happened upon a rusty old bathroom with a curiously large area around the tub that was no doubt witness to many an electroshock theraphy session. Yikes, that place was just asking to be “ghost-hunted”.

And to make things even scarier, the asylum was later used as a school for sick kids, so there was all these faded children’s finger paintings and stuff hanging on the walls. Seriously, it looked like that spooky old abandoned school in “Children of Men”…freaky! 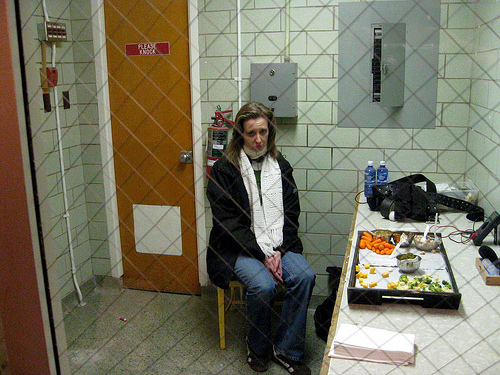 But despite the downright creepiness of many of the locations, the mood on set was usually — emphasis on the word “usually” — really light and fun. Even if it was colder than hell most of the time. Literally!

There were so many of us huddled around the propane heaters at one point that three of us melted our jackets. Myself included! 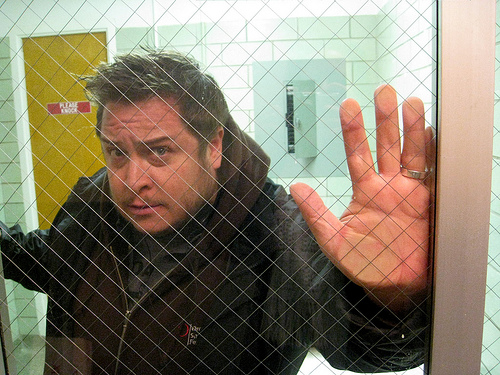 But hey, what’s a little burnt plastic when you’re freezing your ass off in a former mental hospital?