The DGA deal: A New Hope

As many of you may have heard by now, the Directors Guild of America (DGA) reached a tentative agreement with the AMPTP late yesterday afternoon.

And while that seems like good news on the surface, what this deal means for the WGA — whose wants and needs are often worlds away from those of the DGA — is still wide open for debate. 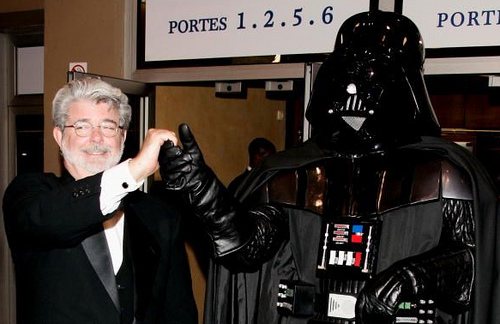 Since most of the DGA’s core members (Unit Production Managers, Assistant Directors, etc.) are not as reliant on residuals as writers and actors, the Directors Guild tends to focus more on boosting the up-front payments from the studios. Which is great, I mean, everybody’d like a little more cash up-front. But, man alive, those residuals can really help a brother out during lean times too.

So, while many of the issues addressed by the DGA’s “New Deal” seem cool, I think I’ll hold my applause for a bit while we review the fine print and see if this is a deal writers can live with as well. 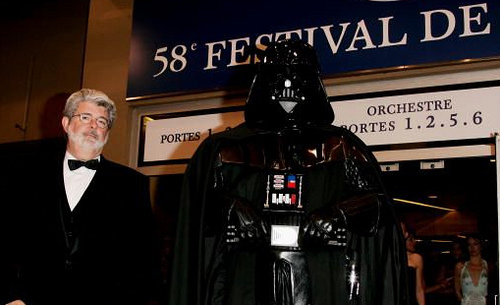 I guess for now the best news today is that the AMPTP, after weeks of flat-out stonewalling, has finally offered to resume “informal negotiations” with WGA leaders. So after cleaning house earlier this week by decimating 65-plus writer development deals at the major studios and networks — under the dreaded “force majeure” clause, which basically means the studios can nullify their contract with you if any “unforeseeable circumstances” occur — the AMPTP is finally ready to talk business. Yeah!

But, like I said, hold your applause till we know more. And in the meantime, enjoy these stunning pics taken at the joint DGA/AMPTP press conference held today at the Death Star…