From the Horse’s Mouth…

Most of you have probably heard the news by now, but just wanted to let you know that negotiations between the AMPTP and our WGA leadership have not been going well. Both sides have agreed to continue talking again on Tuesday morning, but with the AMPTP continuing to float crappy deals our way (and painting them as a strong “economic partnership” in their press releases), the outlook is not so great.

The biggest news you probably have NOT heard is that the WGA leadership recently came into possession of an incendiary AMPTP memo leaked by a former employee friendly to our cause. 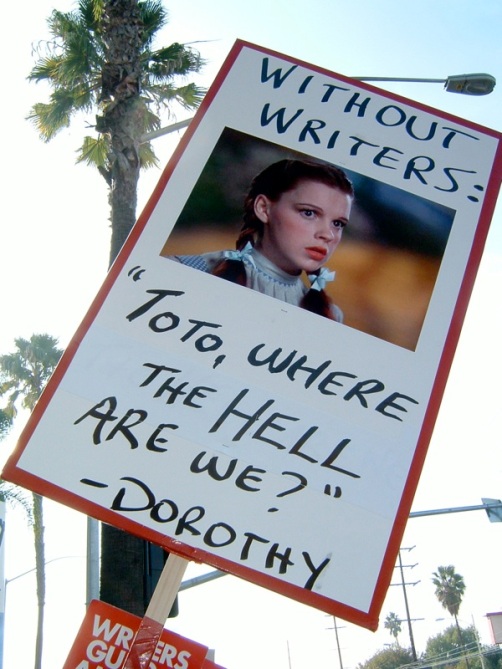 Detailing the companies systematic plan to “divide and conquer” our members, the document is said to outline in VERY specific terms the AMPTP’s plan to crush our spirits by elevating our hopes (through phony positive leaks to Nikki Finke and even the fine folks at UnitedHollywood) and then dashing them again a few days later with bad news. Which, by the way, is totally what they did this week! I guess they figure enough of these ups and downs will eventually break our resolve and splinter our union.

I know it sounds kind of Emperor Palpatine-ish, but this shit is real…the AMPTP is waging war on our emotions and morale and we cannot let fear take hold. As Master Yoda wisely noted: “Powerful the dark side is” and with that in mind, we must slice through the fog of lies and rumors with our lightsabers at the ready!

Posted below is a copy of the e-mail sent out by our WGA Negotiating Committee earlier tonight. There is no mention of the leaked memo, but the finer points of the insulting deal presented to us on Thursday are laid out, AMPTP-spin-free, for all to see. Enjoy!

And remember, that’s no moon on the horizon, amigos…the AMPTP is building a Death Star, and I think it’s high time we blew it up! Go, rebel alliance! 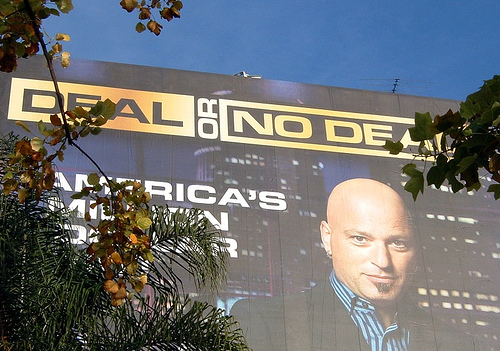 There are a lot of rumors and questions floating around, and we’d like to address them.

HAVE NEGOTIATIONS BROKEN DOWN? No.

DID OUR NEGOTIATING COMMITTEE ASK FOR A BREAK? No.

THEN WHY THE FOUR DAY BREAK? On Thursday, the studios and networks gave us some of their proposals, and said they needed more time to fashion the rest. Therefore talks were scheduled to resume on Tuesday.

THE COMPANIES SAY THEY ARE OFFERING US IS A $130 MILLION INCREASE. THE GUILD CALLS IT A ROLLBACK. WHY THE DISPARITY? The companies have still not explained how they arrived at their $130 million figure, but we can certainly explain how this is a rollback.

OKAY. SO HOW IS THEIR MADE-FOR-INTERNET PROPOSAL A ROLLBACK? Currently, the writer of a 30-minute prime-time TV show makes almost $21,000. The conglomerates are proposing that if that writer wrote the same show for the Internet, his or her initial compensation would be $2,600. That’s a rollback of 88%.

SO WHAT’S THEIR OFFER ON INTERNET RERUNS? Currently, the writer of a half-hour television episode makes about $11,600 when his or her episode is first re-run on TV. The companies are proposing that if that same episode is rerun instead on the Internet, they will pay the whopping total of $139 for unlimited reruns for one year–and nothing at all if it only streams for six weeks. About a third of all TV series are now being rerun only on the Internet. This amounts to an immediate 98.8% rollback. And it gets worse. If they decide to call a show “promotional,” they don’t have to pay us anything. It’s a “freepeat.”

WOW. AND WHAT ABOUT FEATURES? Are you sitting down? The companies want to be able to stream any and all feature films in their entirety, supported by advertising dollars, and pay the writers nothing. Zip. Nada. Bupkus. A 100% rollback.

GIVEN ALL THIS, HOW IN THE WORLD DID THE COMPANIES COME UP WITH THE 130 MILLION DOLLAR FIGURE? Our question exactly. It’s definitely not a three-year number. As near as we can figure, their proposal might net us that total around the year 2107.

YOU HAVEN’T SAID ANYTHING NEW ABOUT DOWNLOADS. Neither have they. We are hoping that they will address this essential issue by Tuesday. Stay tuned.

Nick Kazan, Howard A. Rodman, Phil Robinson, Tom Schulman
(for the Board of Directors)