After more than a decade of cruel indifference, the DVD Gods have finally answered our prayers with the complete-series release Tuesday of not one, but two of our favorite TV shows of all time: “Twin Peaks” and “My So-Called Life”!

These ABC classics weren’t just super cool, award-winning shows with some of the finest writing and acting ever to grace a small screen, but for many of us, these shows totally defined our viewing habits for huge chunks of the 1990’s. Well, actually just three seasons…combined, but it felt like longer. 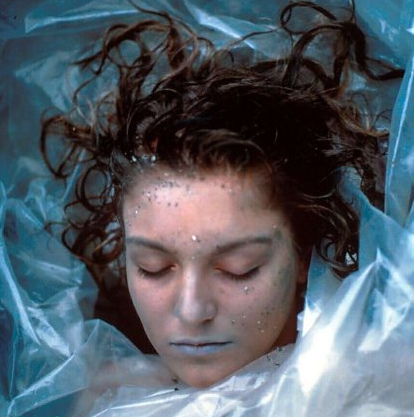 In our pre-Tivo college days, we would actually plan our Saturday night partying around “Twin Peaks”. Seriously, I remember more than one drunken brawl coming to a crashing halt at 10 o’clock so we would all sit and watch TV for an hour. Geeky? Sure. But trust me, even the non-fans watched the show with us in stunned silence. Yes, it was that good.

Then, midway through the second season, “Twin Peaks” well, peaked, with one of the darkest, scariest scenes in network TV history, the murder of Laura Palmer’s look-alike cousin, Maddie. Graphic, profoundly disturbing and truly shattering in it’s implications for everyone in town, the murder also revealed once and for all the identity of Laura Palmer’s killer.

For the one or two of you out there who didn’t watch, I won’t spoil it for you by giving away the name of the killer, but needless to say, that episode remains one of the finest things David Lynch has ever directed. And being hard-core Lynch fans from way back, that’s saying a lot in our book!

Unfortunately, the subsequent episodes in season two took a turn for the worse, quickly nose-diving into sad self-parody, (you hear that “Heroes”?) and the show died a couple months later at the bottom of the ratings heap.

The DVD has tons of cool extras and also includes — for the first time on these shores — the racier foreign version of the two-hour pilot. So, I say buy it for the first season and a half, devour all the extras, then skip past the Diane-Keaton-directed (I know…’nuff said!) second half of season two to re-watch that creepy-ass series finale with Heather Graham and that spooky giant: “Where’s Annie? Where’s Annie?’ Yikes, that still scares me! 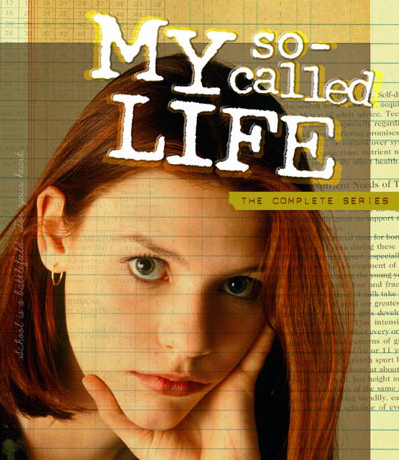 Capturing the tail end of the waning grunge movement, “My So-Called Life” had a much shorter run and never really hit it as big (ratings-wise) as “Twin Peaks” but nevertheless remains one of the best, most heartfelt TV shows of all time.

Beautifully written by co-creator Winnie Holzman — who I have met and totally embarrassed myself in front of with my lavish praise of her “wordsmithery”, at least twice — the show is painfully honest in it’s depictions of teen angst.

But our favorite episodes were those where the problems that Angela (Claire Danes, who should have stayed on TV since her movies suck ass) and her friends faced at school mirrored those of her parents (a superb Tom Irwin and Bess Armstrong). Subtle, honest and truly nuanced stuff. Amazing!

Unlike the shabby, extra-free DVD release a few years back (sorry James!), this set comes loaded with commentaries, new interviews with the cast and creators, and a booklet whose contents reduced one L.A. Times reviewer to tears. Wow! I can’t wait to read that!

But weepy extras or not, the heart of the show remains that incredible voice over. Claire Danes didn’t just read those lines, she WAS Angela Chase and for one brief, shiny season, so were we…